Athenry Camogie club was set up in 1973, its formation and subsequent achievements no doubt due to the success of the local Presentation College Secondary School. In 1973, Presentation College Athenry reached its first Senior All-Ireland Colleges Final. In 1974, the following year, history was made when the school won both the Junior and Senior titles.

The person who steered the commencement of camogie in Athenry was Gilbert McCarthy. He was the first secretary of the club and retained that position for a number of years. Without any shadow of a doubt in the early years of Athenry Camogie Club, Gilbert did most to put our club “on the map”. Gilbert got great assistance from Christy Kelly and Anthony Poniard. Undoubtedly the club initial accolades were incredible to be a part of, and in their first 10 years, Athenry had won no less than eight Senior Galway and Connacht titles, appeared in six All-Ireland Finals, and winning a senior All Ireland in 1977.

Fast forward to 2021, and Athenry Camogie Club has 433 members, making it the largest club in Connacht and one of the largest in the country of Ireland. 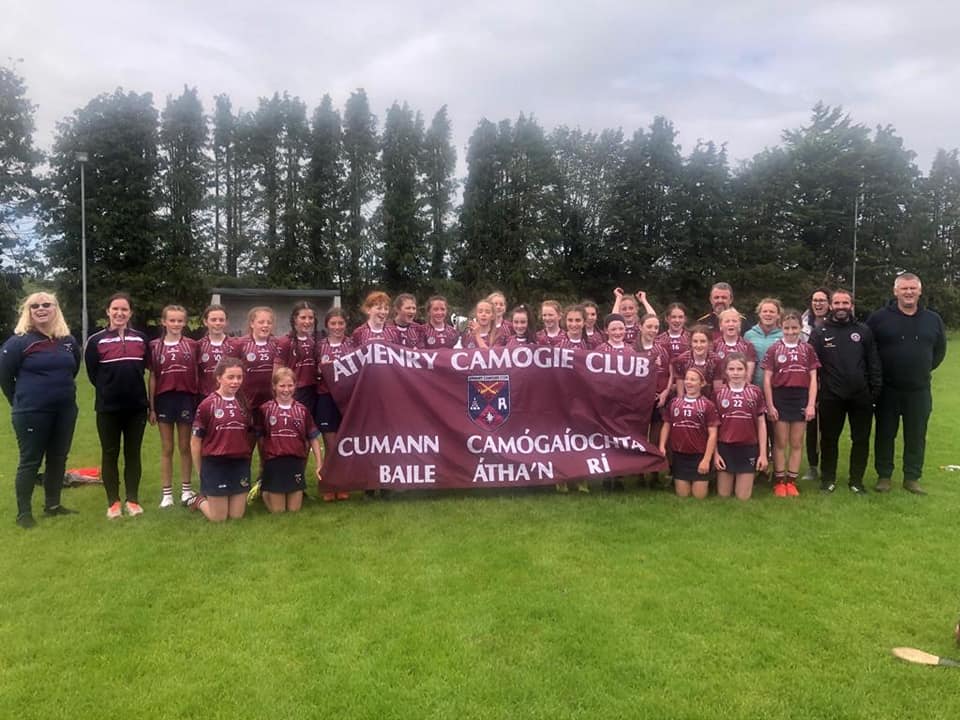 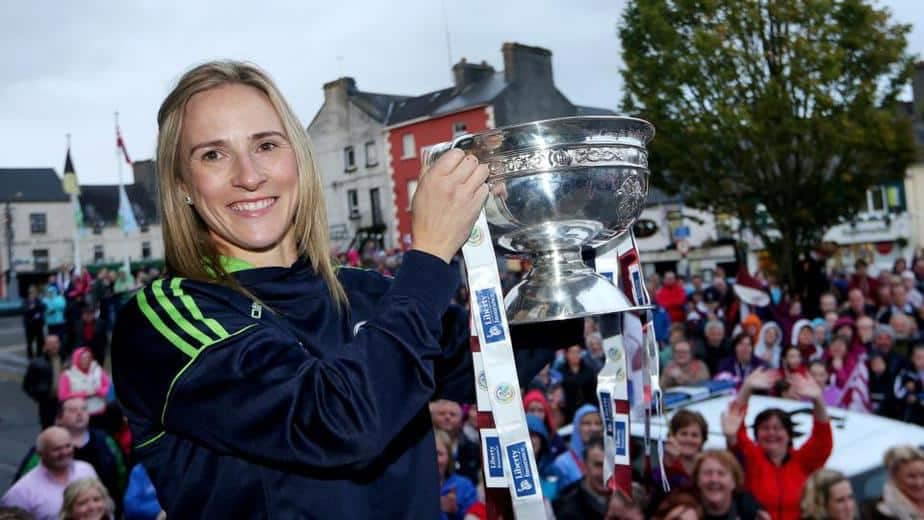 Athenry Camogie Club reached new heights in 1976 when they travelled to Creggan, County Antrim for the All-Ireland Championship Semi-Final against the local club by chartering two planes! They made the 200+ mile journey from Carnmore Airport to Aldergrove Airport, Belfast. The team made the remainder of the journey to Creggan by road. In travelling by air, Athenry Camogie Club made history by being the first camogie team to travel by air to play a game. It was well worth the effort as it turned out, because Athenry beat Creggan 07-02 to 03-03. Doubtless the team were “floating on air” coming home!

Frank O’Shea has been involved with the Athenry Camogie Club since 1980. He has filled various roles ranging from Club President to Team Selector. He commenced as trainer in 1982 aided by Kevin Jennings (RIP) and Noel Madden.

Frank was a very dedicated trainer and extremely enthusiastic. He was tough and strict, and demanded the best from his players always. He was never afraid to make tough or unpopular decisions and when “star players” were not playing well, they were replaced. He believed in rewarding effort and all players were given a chance to prove themselves. He continues to show great interest and passion for Athenry Camogie Club to this day, and is always up to date on all games as they happen! A fountain of knowledge on all things Camogie.

As a result of all the successful years, and with no underage teams being catered for the club slowly declined until 1992 when Athenry fielded their first underage teams.

Noreen Treacy took charge of the under 10s and after one year Athenry won the County under 10 final. The captain of this winning team was Regina Glynn, who’s mother Midge won many honours during the ‘70s with Athenry.

The Under 12’s were coached by Ita Sheridan and Gerard Connaughton and the under 13s and ‘14s by Frank O’Shea and John Morrissey.

In 1992 and 1993 Feile na nGeal was held in Athenry, with the latter year bringing the most success. The Athenry girls, under new manager Brian Hanley, beat local rivals Turloughmore in the semi-final. Unfortunately we went down to Mountbellew in the final, but its fair to say these were all great achievements havin under-age for only two years.

By 1993 every age group was now being catered for, with over 100 girls being registered. This was a huge task for the small number of people who trained them. 26 years on, and Athenry Camogie Club’s juvenile membership is record breaking making us the one of the largest camogie club in Connacht and the second largest in Ireland.

All ticket holders enter the monthly draw for €1000, held March-November. The sooner you buy your ticket the more monthly draws you enter.

Days Until Next Monthly Draw - The Big Draw December 18th 2021

BUY A TICKET NOW
We use cookies on our website to give you the most relevant experience by remembering your preferences and repeat visits. By clicking “Accept”, you consent to the use of ALL the cookies. However you may visit Cookie Settings to provide a controlled consent.
Cookie settingsACCEPT REJECT
Manage GDPR Consent

Any cookies that may not be particularly necessary for the website to function and is used specifically to collect user personal data via analytics, ads, other embedded contents are termed as non-necessary cookies. It is mandatory to procure user consent prior to running these cookies on your website.